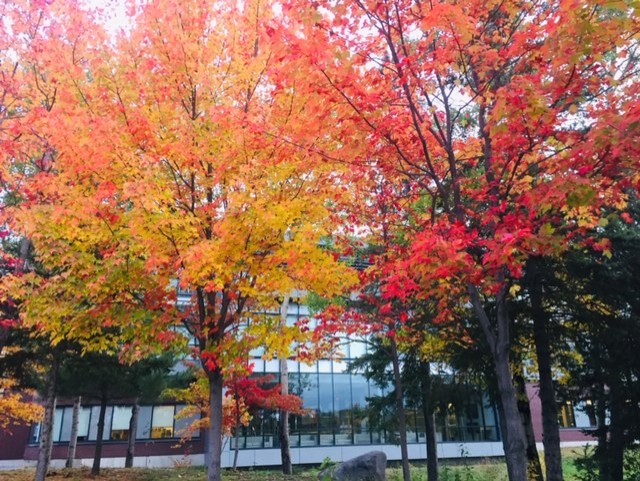 Taking direct responsibility, by name, for the truthfulness and the reliability of the report. Examples include bylines in print and digital journalism and signoffs in audio and video reports.

Attracting attention by paying to have announcements placed on billboards, in newspapers and broadcasts or on websites.

A predisposition that distorts your ability to fairly weigh the evidence and prevents you from reaching a fair or accurate judgment. Here's how to spot bias:

Media Bias is a pattern of unfairness or willful inaccuracy over time by a specific journalist or news outlet. It cannot be proven by a single isolated incident. Audience Bias is a News Literacy term describing the tendency of individuals to see bias in news media reports because they are unconsciously viewing journalism through their own biases. A key element of Audience Bias is Cognitive Dissonance, which occurs when individuals discount the value or veracity of a report that conflicts with their preconceived beliefs.

A psychological theory that holds people are so powerfully motivated to reduce their discomfort that they will dismiss, block or warp incoming information that does not conform with their beliefs, viewpoint or understanding of the truth. It can result in:

Pursuing information that reassures or reflects a person’s particular point of view.

Background or ancillary information that is necessary to understand the scope, impact, magnitude or meaning of new facts reported as news ... the circumstances that form the setting for an event or statement ... ideas or facts that give greater meaning to a news report so that it can be fully understood and assessed.

Completely false content. These are the stories, images or websites that are totally fake. These stories may come from unknown outlets or social media accounts that aren't well-known or don't have a lot of followers. The websites themselves may try to appear as if they're legitimate.

Factually accurate content that is shared with false contextual information — for example, a headline that does not reflect the content of an article.

Material involving impersonation of genuine sources — by using the branding of an established news agency, for instance. An example of this type of content would be a story that appears to come from a reputable online news source. The story might have the correct branding and colours but still seem slightly 'off', or the headline might be something that the real outlet would never publish. One giveaway might be the URL — if it's incorrect, has extra letters or numbers or doesn't end in .com or .ca.

Content that includes distortions of genuine information or imagery — a headline, for example, that is made more sensationalist to serve as "clickbait."

Information is presented in a misleading way, for example, presenting comments as fact.

Information, ideas or rumors deliberately spread widely to help or harm a person, group, movement, institution or nation. It is often biased and misleading, in order to promote an ideology or point of view.

Photos and video are powerful verification tools, providing direct evidence. News Literacy students learn to interrogate images critically, paying attention to how simple cropping and complex digital effects can alter the meaning of an image. Similarly, News Literacy students learn to analyze editing techniques, the introduction of sound and script choices before relying on evidence from video and photos.

Allows the news consumer to make a decision, take action or share responsibly with others. It has all three of these characteristics: Verification, Independence and Accountability.

Humorous but false stores presented as if they are true. Although this isn't usually categorized as fake news, it may unintentionally fool readers.

A statement of probability proportional to the evidence, which will change over time, as further research changes our understanding daily of everything from the size of the largest dinosaur to the nature of the former planet Pluto.

The process of distorting or “forgetting” incoming information if it does not match a person’s particular point of view.

The process of misattributing comforting information to a more respectable source.

When reporters share how they know what they know, what they don’t know and why.

The investigative process by which a news organization gathers, assesses, confirms and weighs evidence in service to the search for truth.

Source: Adapted from The Digital Resource Center Glossary, The Language of News Literacy and CBC News, "The Real 'Fake News': How to Spot Misinformation and Disinformation Online.